By its very nature, Live Edge furniture results in one of a kind pieces.   This one leans a bit farther in the one of a kind direction.  After months and months of building my usual designs, I made this piece as a fun "no rules" exercise.  When I began, I was not even sure that I would make a bench and had planned to make a small table out of one end or the other of this live edge slab.   As I was ready to cut the plank, I started to appreciate the center part of the plank with all of the "character".   So, on a whim, I cut off the ends and left a 57" length with the "character" right in the middle, deciding that it would be a bench.  Realizing that the center would not be strong enough to sit on, unsupported, I decided to give it a center leg.   The stretchers that support that center leg come into it at an angle to echo the curve of the seat.   As I turned the legs,  I designed as I went having nothing in particular in mind.  I turned the straight collar section at the joints, stepped it down for a tapering run to the bottom and top.  I really like the graceful curve of the seat. This would be strange normally but works beautifully as it is the natural curve of the tree.  This bench is available and is priced at $1800.  Let me know if you are interested. 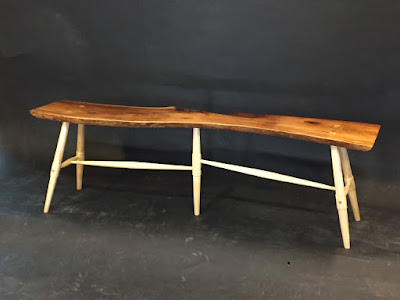 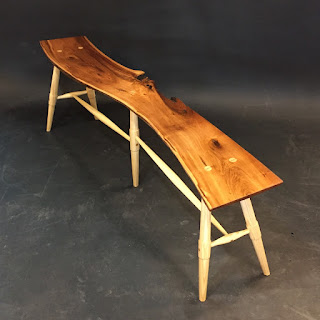 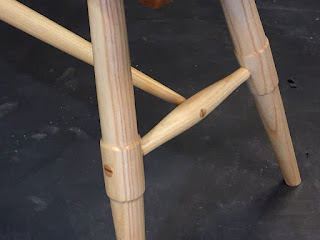 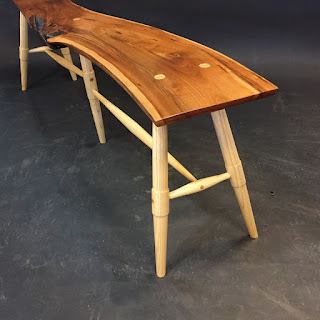 Posted by Timothy Clark at 8:49 PM No comments:

Labels: bench, cherry, custom furniture, guild of vermont furniture makers, live edge, slab, Timothy Clark, vermont, windsor bench
Newer Posts Older Posts Home
Subscribe to: Posts (Atom)
Click to Return to TimothyClark.com
Contact me by email.
If you have landed here from elsewhere on the web, please take the time to visit my full website at the above link. Have a good day and thanks for taking a look at my work.
Tim 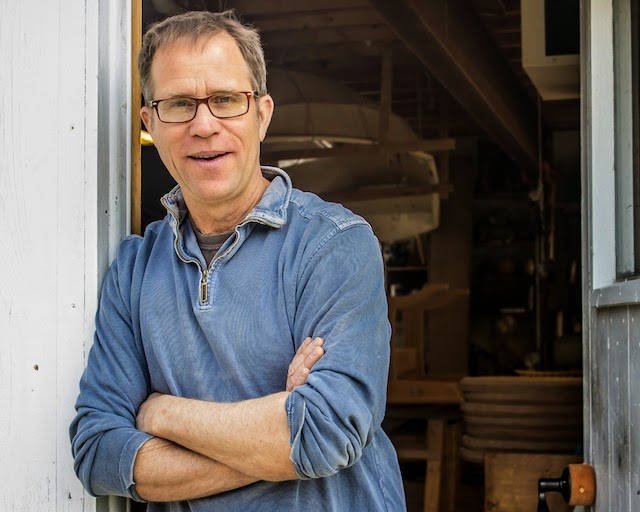 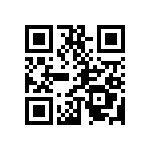